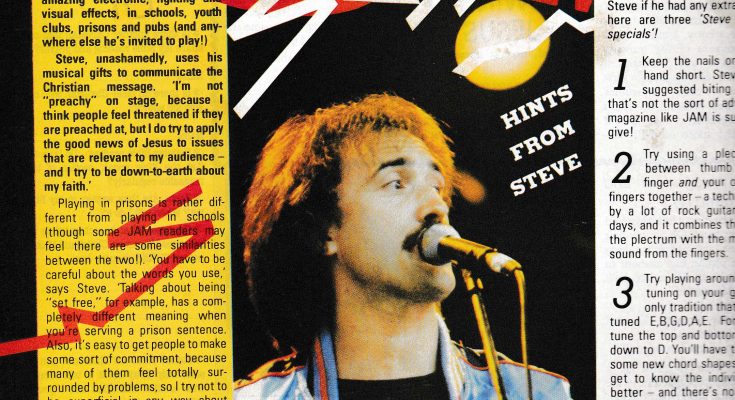 I released my first album in 1978 on the Kingsway Music label and then more followed, releasing a new album every two to four years until I reached a grand total of ten.

During the years that I worked as a professional musician, I travelled all around the UK, then the Nederlands, then out to Canada. And from there India, Sri Lanka, the USA and all over Europe.

Ever since my teenage years, I’ve been passionate about connecting my Christian faith with people of all ages through contemporary music – not so much in churches, but in places where people meet. So I performed my style of contemporary rock music in schools, universities, pubs, bars, clubs and theatres with the occasional skirmish into larger venues such as the Royal Albert Hall, Wembley Arena, the Marquee Club in Soho, Main Stage Greenbelt, Spring Harvest and various other music festivals.

I found myself singing to audiences ranging from less than a hundred to several thousand.

Numerous appearances on television and radio followed including the Rock Gospel Show on BBC, my own talk show on London’s LBC Radio, the Breakfast Show on County Sound Radio, Guildford, where I was also Religious Affairs Producer and clocking up over 100 appearances on ITV co-presenting a religious current affairs programme called “Company.” I was even short listed to present Songs of Praise but was pipped at the post by someone else – who still presents from time to time! Several of my contemporaries chose to break in to the commercial music business and some had

minor success, but I always felt my calling was to create messages through music that would be accessible in the more specialised mission field of schools, clubs, bars, prisons and universities.

Over the 20 years or so that I was “on the road” I performed to tens of thousands of young people all over the world often performing in more than one hundred concerts a year.

Schools work has become known as ‘the forgotten mission field’.

A typical “schools mission” would involve taking lessons on anything from current affairs to sex education. Obviously not “preaching” at the kids, but taking an educational approach, the doors were flung open in hundreds of schools around the UK and Europe.

After a typical week long mission we would organise a concert performance, inviting people to this main event to hear my Christian story and how the Good News of Jesus can transform our lives and our world. We saw thousands of young people giving their lives to Christ at these events.

It’s one of the great joys of my life when I receive emails and messages from people who made that commitment all those years ago and are still moving forward in their Christian faith. I’d like to say a big thank you to those who travelled with me during those years, helping with PA systems, lighting rigs and media presentations including Richard Moyes, James Loring, Kevin (Boo Boo) Brown and Richard Baker. We drove tens of thousands of miles in our old Long Wheel Base Ford Transit van.

So how did I end up going from all of that, to all of this? 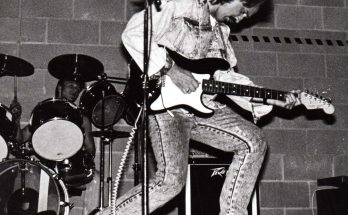 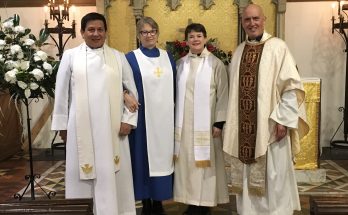 3. What Makes Your Heart Beat Faster? 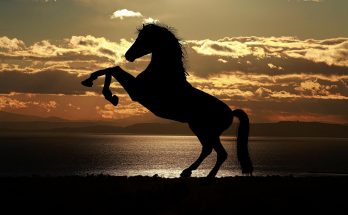 4. The Joke About The Horse And Descartes